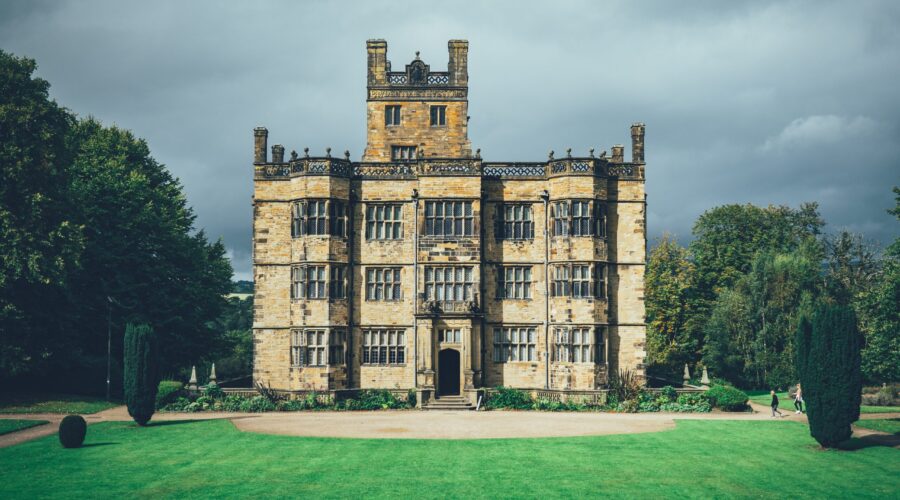 The History of the English Lawn

We take them for granted today, but when you really think about it, isn’t it strange that lawns are everywhere?

They’re an often essential part of the frontage of a house – giving it “kerb appeal” – and obviously an important staple of our nation’s back gardens. But lawns also play a huge part in our communities in the form of parks, football pitches and tennis courts.

But it wasn’t always like this. So how did our love of lawns take off?

Where does the word “lawn” come from?

Lawns had to be invented. Weird, we know, but it’s true! Before the concept of a lawn evolved, the nearest equivalent was a patch of ground used for grazing livestock, its grass and other greenery naturally mowed by the animals.

In the 14th century this was known by the Middle English word “launde”, from the Old French “lande” (“barren land or clearing”). This gradually became the Celtic word “laune” in the 1540s.

Eventually, as the centuries rolled by and the way we looked at the scenery around us changed, the word “lawn” emerged with the same meaning we understand today: a grass-covered patch of land which has been deliberately mowed.

How did the first lawns develop?

It sounds crazy, but some early lawns were created to stop enemies from sneaking up on people! If you lived in a castle or manor house surrounded by grazed pasture, the lack of tree cover meant that anyone wanting to attack you was easily spotted. So large grassy areas were useful as a very simple form of defence for the wealthy.

In more peaceful times, landowners started to appreciate the large spaces aesthetically. During the 1700s, the pastoral movement romanticised anything to do with nature and agriculture – so a mowed lawn, rather than a wild one, suggested that sheep and shepherds had been working nearby. All very fashionable, and the kind of landscape you see today in the works of artists such as Constable or Gainsborough.

As rich European aristocrats fell in love with grass and the pastoral movement began to grow, architects and garden designers moved in – the most influential of whom were English

In the early 1700s, the English Landscape Garden movement became popular for those who could afford it. Now-iconic designers such as Lancelot ‘Capability’ Brown, Charles Bridgeman and William Kent were paid to create organised, structured gardens around stately homes and castles, in a style that was both flamboyant and beautiful.

Some of these gardens remain in place today, such as at Stowe or Chatsworth House, both gifted with long, sweeping lawns. These grassy spaces weren’t just there to look pretty, however… they were there to show off.

This grass wasn’t needed for livestock; these people were so rich that they could afford to waste it. And in the days before mechanical mowers, keeping a lawn in such trim, perfect condition required many workers. So lawns became a status symbol – you could even say they were the Porsches or Rolex watches of their times.

When sheep, cattle and deer (…and their teeth!) were removed from land, workers with scythes and shears moved in to keep the grass neat and tidy. Thankfully for their aching backs, the first cylinder mower was patented in 1830 by Gloucestershire engineer Edwin Budding. While awkward and ungainly to use, it soon became a game-changer for the popularity of lawns.

Short, cropped grass could be open to the less wealthy – and a new kind of surface also opened up for recreational purposes. Now it was possible to play cricket, bowls, croquet and, of course, lawn tennis on mowed grass.

In 1893 James Sumner, who set up the Lancashire Steam Motor Company (an early version of British Leyland), invented a steam-powered lawnmower. From there, lawnmowers have developed technologically and, crucially, lowered in price until they could be used by any gardener, no matter how humble.

Today, there’s barely a garden shed in Britain without one. Could you live without yours?