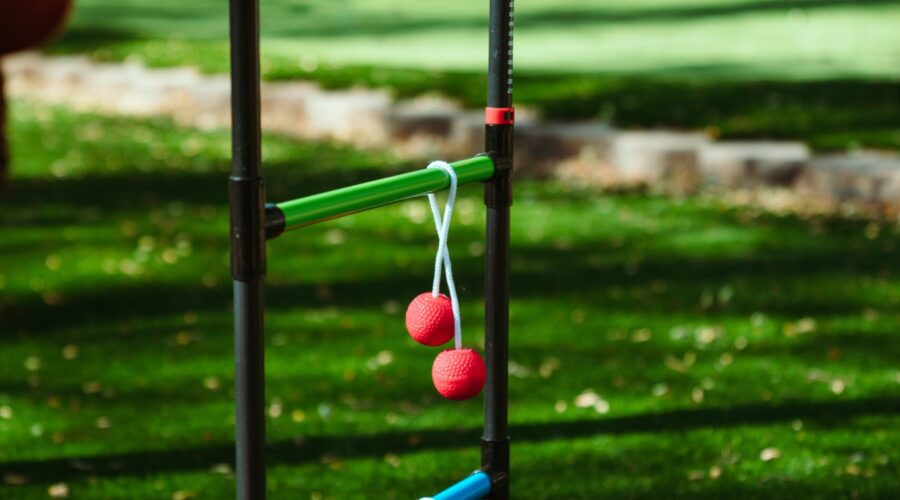 Getting closer to June, and the Queen’s four-day Jubilee weekend, puts into our heads thoughts of summer. In particular, summers spent on the lawn with friends and loved ones.

Of course while basking in the sun is lovely, sometimes you need something to keep young ones, the young at heart, and boisterous guests entertained. In which case you might be wondering what the best games are to keep revellers entertained. Here’s our run down of some of the best garden games for summer 2022.

For the ones who want to play a classic

In our humble opinion, there are few games that can compete with the classic that is Swingball. Easy to set up and with even easier to learn rules, it’s a game that can amuse pairs of all ages for hours and can even keep one person amused for a while.

What’s more it could be the thing that leads to a child or grandchild becoming Wimbledon’s future star player. Andy Murray’s mother credits the game as one of the things that lead to him becoming a tennis pro.

Ladder ball is a laid-back stalwart that we think appeals to all. Legend says this game was created by cowboys who used to throw snakes at fences to pass the time — if the snake clung to the fence a point was scored. We think this sounds both a bit far-fetched and cruel. However we love this version which doesn’t involve animal cruelty.

In a game of ladder toss, otherwise known as ladder golf, opponents take it turn throwing golf balls attached together with a length of string at a three runged ladder. The aim of the game is usually to land one set of balls around each rung, although there are numerous ways to play the game.

What we really like about this game is the fact that it’s very low impact, so perfect for older revellers to enjoy, and while the rules are simple it’s a game that takes a long time to master. Perfect for all.

For the silly ones

The self-proclaimed ‘world’s first dodgeball card game’ has been upgraded in this new extreme outdoor edition. For 2-6 players, opponents must try to collect matching sets of cards the fastest. But there’s a twist, you need to do it while dodging giant inflatable burritos thrown by other players!

A silly and high energy game that’s fun for all ages.

For the ones who wish they were still at school

Was your hay day your time back at primary school? Well, why not re live those glory days by staging your own school sports day. Whether you were egg and spoon race champion, the king/queen of the sack race or you and your partner think you’ve got the edge on everyone else when it comes to a three-legged race this is the answer to peaking so soon.

This kit has everything you need in order to host a classic school sports day, but we reckon it could be improved by supplying your own wellington for a classic welly boot toss. And if you’re adventurous why not set up some obstacles for a steeplechase?

For the energetic ones

Spikeball is the newest sporting craze, particularly popular among American college students. Spikeball has aims to become considered a legitimate sport with its own league so who knows, picking it up now could lead to you becoming a gold medallist at the next Olympics.

The game is relatively simple, and essentially a bouncier variation of volleyball. Teams of at least two must spike the ball down on to the net so it bounces back up in a random direction. The opposing team then can either spike it straight back onto the trampoline return it, or pass knock it between each other up to three times, if the opposing team lets the ball hit the ground you gain a point!

What makes this game so fun is that there are no ‘sides’ or playing boundaries. Players must run 360 degrees around the trampoline in order to gain control of the ball and knock it back. Making for a frantic, high intensity, game.